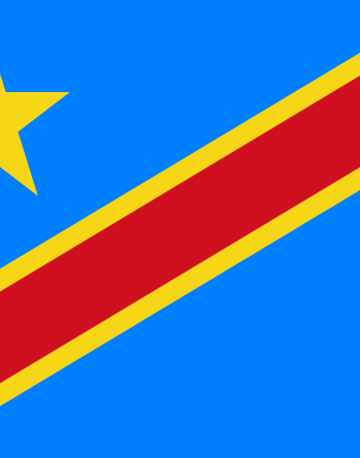 Located at the border to Uganda, Rwanda and Burundi, the Kivu area is home to coffees with stunning cup profiles. While the area is subject to ongoing conflicts, a cooperation between coffee farmers, Farm Africa and the Virunga National Park is encouraging peace through the growing of specialty coffee.

Established in 1925, the Virunga National Park is the oldest national oark in Africa and one of the last refuges of the mountain gorilla, and is also home to highly endangered lowland gorillas as well as savannah elephants, chimpanzees, lions, leopards and antelopes. It has the largest diversity of birdlife in the world. Due to its situation in eastern DR Congo, the park faces many existential challenges.

For Virunga National Park the conservation of its extraordinary wildlife, and the promotion of the social and economic well-being of the people of North Kivu who live around the park, go hand in hand Through the Virunga Alliance, which is supported by the provincial authorities, civil society and the private sector, the National Park is investing in a number of initiatives to promote economic regeneration, most notably a major hydro-electric generation and distribution venture. This is already bringing employment opportunities as well as access to electricity for thousands of households.

The park is also embarking on a major agriculture programme, with the vision of boosting the livelihoods of smallholder farmers who live around the park by investing in the production and marketing of their food crops and their cash crops, including coffee. In this way the pressures on farmers to encroach on the park to extract wood for charcoal will be reduced, and farmers will see positive benefits from the park’s presence.

The borders of the Virunga National Park, including the slopes of the Rwenzori Mountains and the uplands to the north-west of Lake Edward, contain some of the finest Arabica coffee growing land in the world. The climate is temperate with plentiful rainfall and sunshine, volcanic soils, as well as altitudes rising to over 2,000 metres. Smallholder farmers here have long grown heirloom bourbon varieties, but until very recently post-harvest processing was very basic and the only buyers were informal traders, mainly coming from neighbouring Uganda.

Through the Virunga National Park coffee programme farmers are starting to realise the full potential of their coffees. The farmers are organised around small-scale coffee washing stations. They are affiliated to two vibrant young cooperatives, Kawa Kanzururu on the western flanks of the Rwenzori mountains, and Coopade on the highlands to the north west of Lake Edward.

Through the Virunga Alliance, which is supported by the provincial authorities, civil society and the private sector, the National Park is investing in a number of initiatives to promote economic regeneration, most notably a major hydro-electric generation and distribution venture. This is already bringing employment opportunities as well as access to electricity for thousands of households.

Virunga National Park is running a major agriculture programme, aimed at boosting the livelihoods of smallholder farmers who live around the park by investing in the production and marketing of their crops, including coffee. In this way, the pressures on farmers to encroach on the park will be reduced, and farmers will experience positive benefits from the park’s presence.

The programme is designed to boost the livelihoods of more than 7,000 coffee farming families living on the border of Virunga National Park. The project approach is based on implementing a holistic and sustainable farming model, including crop diversification, establishing a balance between food security and cash generation. The programme includes training on good agricultural practices and the establishment of nurseries for coffee as well as other trees.

Significant investments are being made to increase the quantity and quality of the fully washed Arabica. Washing station infrastructure is being upgraded, accompanied by rigorous training in coffee processing. In 2020, cupping labs have been installed and cuppers trained. Internal control systems are being strengthened to ensure complete traceability and that the requirements for certifications are met.

In July 2016, Coopade created a Women’s Section with the objective of allowing women coffee farmers to control and develop their own coffee production through the whole chain from production through to export. As the women in DR Congo already do the largest proportion of the work the coffee farms, including harvest, this has meant focusing on the delivery of the coffee cherries to the washing station, and then managing the actual washing and drying of the parchment coffee. The Women’s Section have built a total of seven of the fifteen Coopade washing stations to date, of which Kirindera was one of the first. These washing stations are entirely managed by the Women’s Section. Their aims are to improve both coffee yields and coffee quality, and so to secure better livelihoods for their families.

2020 is the first year in which some of Coopade’s coffee produced by women has been kept separate from the rest of the cooperative’s production and marketed with its own identity. It is being produced and sold with pride – pride in its high quality and in the organisational efforts that have made it possible. It is being sold with a small premium that will boost the women’s incomes.

Almost 350 coffee farmers from the area deliver their cherries to the Vughole station, which is part of the Coopade Women‘s Section and therefore managed and operated exclusively by women.

Kawa Amaha means “Coffee of Hope“ in the local Kinande language. Through their coffee, the women behind Vughole aim at improving their livelihood and their family’s. As part of the Coopade’s Women Section, they benefit from leadership training as well as processing training to improve the quality of their coffee.

The washing station employs 179 women from the neighborhood villages of Museya, Kitaragha and Luseke. The team is full of energy and projects: they ar preparing a coffee tree nursery to distribute smallholders of the area and regenerate the plants; and are planning to produce their first lot of Natural coffee